Back
Getting Employees to Think (and Act) Like Owners 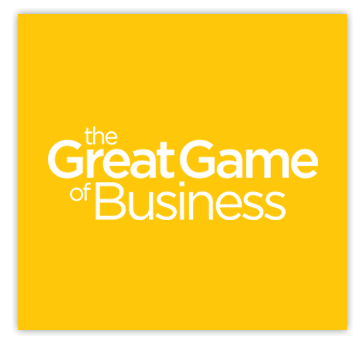 Do you wish your front-line staff were more engaged? If so, you’re not alone. The most recent Gallup study shows that 70% of American workers are ‘not engaged’ or ‘actively disengaged’ from their workplaces and, therefore, are less likely to be productive. So what’s a business owner or executive to do?

Management at Elk Grove-based Tasty Catering faced the same challenge—and they found a solution in The Great Game of Business (GGOB), a leadership model designed to teach employees to think and act like owners.

Since implementing GGOB in 2011, Tasty Catering has seen a 75% increase in profits. Meanwhile, Kevin Walter, Principal at Tasty Catering, has become such a believer that he is now a certified Great Game of Business Coach.

“Great Game of Business is the only sensible way to run a company,” he says.

GGOB’s Manufacturing RootsGGOB was born on the factory floors of an engine shop in Springfield, Mo. It was 1983, and Jack Stack, CEO of SRC Holdings Corporation (SRC), was battling to turn around a dying division of International Harvester and save 119 jobs. He opened the company’s financial books and began helping employees understand business through the analogy of a game, including how they could directly affect the bottom line.

“Business has all the elements of a game: rules, a scorecard, a reward for winning,” Stack says. “The purpose of playing The Game was to save jobs. The result was a company that not only saved jobs, but also created wealth and shared that wealth with the entire team.”

Open-book ManagementToday, the concept of “open-book management” remains at the heart of GGOB.

Walter explains, “Since our employees create the numbers, they should be allowed to not only understand them, but also make improvements. For example, an employee who now knows what his bottom line gas costs are on deliveries will be more inclined to find a way to cut back on gas usage and save some money to make the company more profitable.”

Using Games to Inspire InnovationWhile the GGOB operating system is focused on long-term success and sustainability, many practitioners extend the game analogy with the ongoing use of “mini games” designed to rally employees around focused, short-term goals.

At Tasty Catering, every department is always engaged in a game. A team conceives its own game, from the format to the rules and rewards—for example, a “game board” with paths that track incremental progress, plus “prizes” to be awarded at milestones. Game progress gets reported during company-wide “huddles,” where financials get shared and goals refined.

The idea is to “inspire innovation and build a 'new normal' by changing old habits,” says Walter. “People tend to support what they help create, and by allowing employees to think and act like an owner, they’re much more likely to support the innovation.”

To see video of a Great Game of Business “huddle” in action, click here.

As a Great Game of Business practitioner coach, Kevin has led the design and implementation of the Great Game at Tasty Catering, Advantax and other companies. His business success and strong belief in open-book management, combined with his desire to help move the food and beverage industry forward, make Kevin a highly sought after Great Game of Business coach and speaker.

Inducted into the University of Illinois-Chicago Entrepreneurial Hall of Fame in 2012, Kevin finds inspiration from his employees who continue to exceed expectations with the power and knowledge they are given to make a difference.