Back
Podcast Episode 7: What Is Character-Based Capitalism? 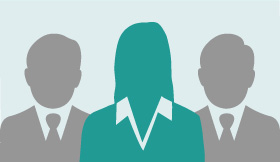 In Strictly Business Episode 7Episode 7, Ray Benedetto, president of GuideStar, discusses the ins and outs of character-based capitalism and its positive influence on a variety of companies. This episode tackles issues such as the generation gap and building trust between companies and their employees. Here are a few highlights from what was discussed.

"Trust is not a transaction, it is built over time." -Ray Benedetto, GuideStar

As businesses continue to grow and evolve, there is an ever pressing need to make the connection between employers and employees stronger.

Character-based capitalism, as Benedetto puts it simply, is earning your company more money by really focusing on doing what's right for all stakeholders. Providing firsthand experiences from companies he has worked with, Benedetto gives an in depth discussion on what it means to make employees feel empowered and appreciated, as well as what outcomes can be expected.

"The old command and control of the 20th century is dead." -Ray Benedetto, GuideStar

Benedetto touches on his 33-year experience within the military and how that ties into transforming a business's old way of thinking. When he entered the military they had a very "brown shoe" way of doing things and over time it became a more mobile, flexible, and leadership-driven.

With character-based culture, the focus is to empower your employees and ensure everyone is seen as a leader. Benedetto suggests that the old hierarchy that exists in most companies be flipped on its head, placing front-line workers at the top of an organization. Employees who are creating the relationships, bringing in revenue, and driving the success of organization are the top most important group of people to a business.

Tune into Strictly Business for the full episode: What Is Character-Based Capitalism (30-minute listen).