Back
Site Selection: Don’t Overlook the Importance of Infrastructure 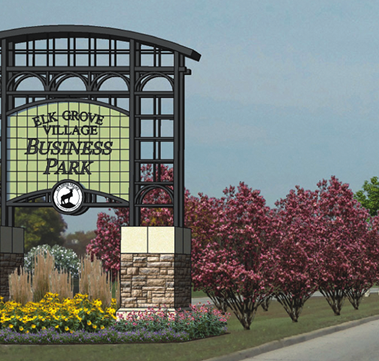 Reports are widespread that the U.S. is facing an infrastructure crisis — that roads, bridges, electrical grids, and more are desperately in need of rebuilding. However, in Elk Grove Village, a modernized infrastructure system is a point of pride — and a factor in the success of companies that do business here.

Businesses looking to start up, relocate, or expand in the Village certainly have a diverse inventory of brick-and-mortar buildings and shovel-ready sites to choose from. And, a location in O'Hare's backyard and at the vortex of major interstates and highways are compelling reasons for companies to move and stay in our community. Meanwhile, a strong infrastructure can get overlooked — even taken for granted.

Infrastructure encompasses physical structures like roadways, street lighting, storm sewers, landscaping, signage, and more, as well as less visible elements such as utilities and fiber optic networks. It's the framework that ensures business happens “as usual." Like the foundation of a home, when it's solid, you don't give it a thought; but when there's a crack, it can wreak havoc.

$60 Million in Projects + $250 Million to Come
Since 1998, the Village has invested more than $60 million in critical infrastructure projects identified in a Master Revitalization Plan; more than $250 million in improvements are planned in coming years. (Meanwhile, in the nation overall, infrastructure spending has declined from 3.1 percent of GDP in the early 1960s to 2.4 percent in 2011.)

An Ongoing Public-Private Partnership
The driving force behind the Village's efforts to maintain and enhance its infrastructure is a public-private partnership called the Industrial/Commercial Revitalization Commission (ICRC). Created in 1996, the Commission consists of 13 business representatives, residents and Village officials who meet regularly to study and plan initiatives and make recommendations to the Mayor and Board of Trustees.

Want to learn more?
The updated ICRC Revitalization Plan can be viewed at ICICPlan.com.