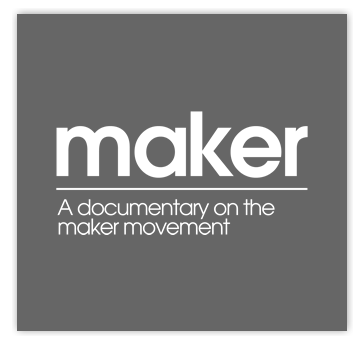 The Maker Movement reflects a growing interest in making things, particularly among young people. Is it an opportunity for today's manufacturers to cultivate a pool of workers to fill the current skills gap? Toward that end, could a local "maker space" be on the horizon? We explore those questions with Paul Rimington, Co-CEO of Diemasters Manufacturing Inc. in Elk Grove Village, and Gary Skoog, President of the Golden Corridor Advanced Manufacturing Partnership (GCAMP).

On March 19, from 7:00 to 9:00 p.m., the Village of Elk Grove, along with Hoffman Estates, Schaumburg and GCAMP, will host a FREE screening of a documentary titled "Maker." The film takes a close-up look at a growing trend that has people of all ages across the U.S. working together and having fun by finding creative solutions to everyday problems, building works of art, and engineering basic and complicated tools.

The screening, which takes place at the Schaumburg Prairie Center for the Arts, is meant to spark conversation and foster interest in developing "maker spaces" in our communities.

Rimington and Skoog agree that the Maker Movement offers a chance to influence young people who enjoy or simply might have an interest in making things — and perhaps get them thinking about manufacturing as a career.

"For me it's a passion"
"I like making things," Rimington says. "For me it's a passion. It's why I got into manufacturing. People who are tool and diemakers many times grew up taking apart lawn mowers, engines and electronics and put them back together again. But we'd sort of lost this ability, and now people are talking about making things everywhere you turn. Hopefully we can find people who might be interested in channeling that into a well-paying, skilled job."

GCAMP is a diverse group of employers, education institutions, training providers, local government, and other stakeholders who share the goal of ensuring the "Golden Corridor" — an area that extends along I-90 from Bensenville to Huntley — continues to be a leader in manufacturing.

As part of its mission, GCAMP also works to build a pipeline of skilled workers for the region.

Especially with more manufacturing coming back to the U.S., Skoog says GCAMP wants employers and community members to come together and capitalize on the Maker Movement.

"A Community Garage"
"Maker spaces" are popping up across the Chicago suburbs, and he hopes there's sufficient interest in creating one in our area — a gathering place where people from the community, "from age 8 to 80" can work on making things together.

"It's sort of a community garage concept," Skoog says, referencing the number of major U.S. companies that got started in garages — Apple, Amazon, Harley-Davidson, and others.

Roosevelt University has said it will provide space in Schaumburg to make the idea a reality. But it would take people stepping up to make it happen; a similar, future space in Elk Grove would also need backing. Skoog hopes the movie spurs a flow of ideas and excitement around the possibilities.

For Rimington, who's semi-retired, getting behind these efforts is a chance to give back. "It's my way of passing on my passion for making things and making sure our industry survives."

View a trailer for the "Maker" movie here.

Space is limited. Find details for this FREE screening and RSVP to reserve seats here.

Learn more about GCAMP at www.gcamp.org.