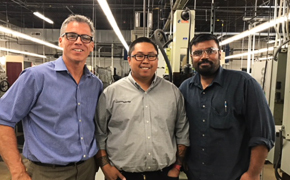 If you do business in Elk Grove Village, you may have heard Jeff Taylor's name. He's the president of Crafts Technology, a manufacturer of tooling and components manufactured from ultra-hard materials, such as tungsten carbide, advanced ceramics, and polycrystalline diamond.

What you may not know is that Taylor has been preparing for his role at Crafts for decades, whether he knew it or not. And it's a good thing too because no other president and leader of a manufacturing company would go as far as to spend hours on eBay to find the company's original brochures. He knows so much about the history of the company, which was founded in 1893, that he could start a museum (and who's to say he won't?).

After sitting down with Taylor, this is what we learned about his career as a manufacturing leader and the history of Crafts Technology:

In Boston, Massachusetts, in 1893, Arthur A. Crafts founded Crafts Technology. Arthur A. Crafts was a direct descendant of Thomas Crafts Jr., a significant participant in the Boston Tea Party and member of the Sons of Liberty.

Arthur A. Crafts started the business by adapting specialty hand tools and lathe cutting tools to be outfitted with non-gem quality natural diamonds at the cutting edge. These types of specialty cutting tools could then be used by an early 1900's tradesmen to cut hard materials more efficiently and more accurately. An optometrist, for example, could more readily and more accurately cut convex/concave shapes into the glass portion of a pair of spectacles.

By the late 1930s and early 1940s, the war movement instigated the development of a synthetic material called tungsten carbide. Tungsten carbide is nearly as hard as natural diamond, but far more readily available and is now widely considered one of the world's most successful metallurgies. Ultra-hard materials such as tungsten carbide, and later, synthetic diamond materials, were developed to help advance cutting tool life, leading to great advances in machine shop productivity and precision for numerous industries around the world.

Tungsten carbide and related cutting tools that were produced by companies such as Crafts Technology helped the United States in the war effort, by assisting machine tool companies more efficiently produce precision machined parts for weapons, tanks, and planes. Post-WWII, these same tools helped advance the productivity of the American manufacturing industry. Other post-war, other industries started to see the utility of tungsten carbide and began using the hard material for everyday items, such as jewelry. Since then, Crafts Technology has focused its attention on working with tungsten carbide and synthetic diamond (polycrystalline), high-demand materials with less competition due to its level of difficulty to manufacture.

Rather than focusing on commoditization, Crafts Technology is on the upside of value-creation

"We really consider ourselves a solutions consultant," stated Taylor. Crafts Technology not only manufactures tooling and components, they offer their expertise to their customers and they deeply understand the impact that their services have on a customer's bottom line.

"We're embedded with our clients. We understand their processes and their equipment."

The company's effort to entangle themselves in their customers' businesses has given them a competitive advantage by not only manufacturing what the customer needs but also providing solutions to improve their internal processes.

Investing in new equipment and automation has kept them profitable, despite being smaller 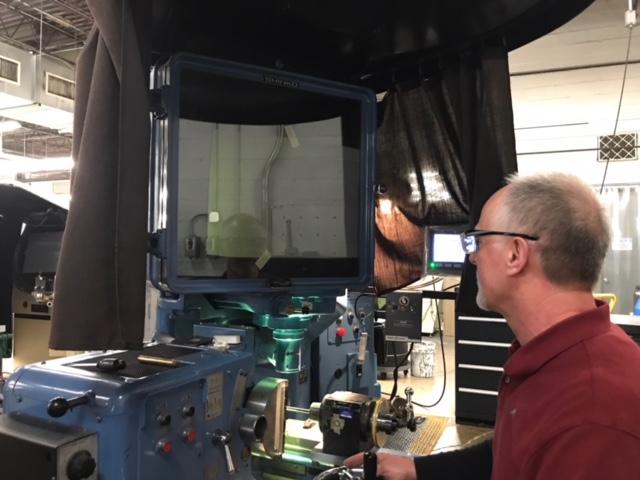 Crafts Technology is always seeking new ways to be better and faster. The company continues to invest in new equipment and machinery, which allows them to remain small but efficient and profitable, all while providing more value for their customers.

The company is slated to be debt-free within the next 1-2 years, but the financial health and strong company culture didn't happen overnight. The most recent owners that sold the company to the employees were exceptional businessmen and brought the company to have a very healthy balance sheet. Prior to the most recent owners, there were of a number of conglomerates and other private parties that bought and then sold Crafts Technology, often leveraging the company's high skill base and strong customer loyalty as a way to tap into certain industrial markets.

There have been prior corporate owners such as American Chain and Cable Company (ACCO) and Carpenter Steel. Carpenter Steel, for instance, purchased Crafts Technology as a strategic move to increase their precision grinding capability in hard materials. This capability helped increase their ability to further penetrate and better service key markets such as the oil and gas market. Unfortunately, due to the unique nature of the Crafts Technology business, some corporate owners did not always invest in understanding the specific nature of the business, and if profitability or market interest diminished, the corporate owner would often lose interest in the niche business that Crafts Technology had been servicing for 100-plus years.

Ultimately, after a number of prior owners, over the many years, had lost interest and focus on Crafts Technology, the former president of Crafts Technology, Tom Kuhl and former general manager, Dave LeMaistre, teamed up together with Eamonn McDonnel to purchase the business assets and with exceptional operational expertise, returning the company to its roots and historically strong performance by focusing on key customers and the core business.

Back in the late 1980s and early 1990s, Jeff Taylor was working as a toolmaker at New England Carbide. The principles of Crafts Technology, after 13 successful years of managing and owning the company, saw an opportunity to sell it to the employees and for Taylor to join the company as part of a succession plan and management transition that would allow the principles to retire. Over a four-year period, Taylor moved from Sales and Marketing Manager role in 2014 to become the general manager, then vice president and ultimately to the position of President & CEO in 2018. It was during this period that Taylor played a vital role in transitioning the company to 100% employee-owned culture.


Crafts Technology is an employee-owned company empowered by strong leadership 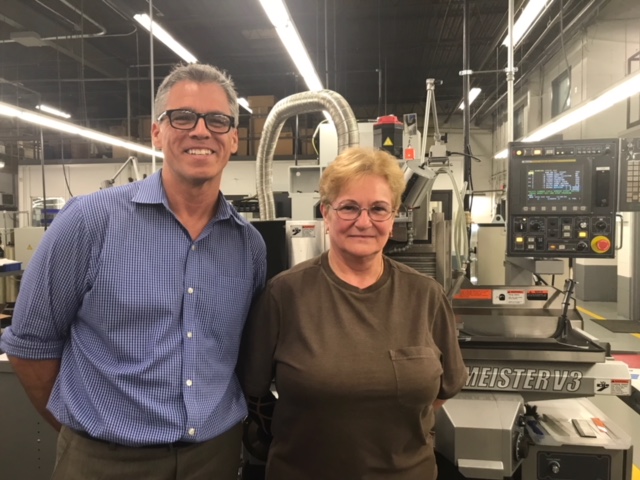 If you work near Crafts Technology, it's highly recommended that you stop in for a tour. The diversity and the energy on the shop floor is something worth witnessing. You're greeted by hard working people willing to stop and share their experience. They will tell you how long they've been there and how far the company has come. The interaction between Taylor and his employees is inspiring; it's the epitome of what it means to have a strong company culture.

In case you missed it, check out Jeff Taylor on Episode 8 of the Strictly Business Podcast: What it Takes to Be a Manufacturing Leader.